A downloadable Illusion for Windows

Nawara is a young, dumb and pathetic teen who does the mistake of falling into a magic hole that will begin her adventure to the unknown world, will you be able to get her back from there?

In order to download this Illusion you must purchase it at or above the minimum price of $2 USD. You will get access to the following files:

get one of the tree's questions wrong

Oh someone else got the other ending! here it is hope it helped you ;)

tnx:)  i'm glad people apreciate your game :) i was not in the mood to play the game again for the other end >.< -i'm so lazy

GUYS PLEASE READ I DID SOMETHING STUPID!! IF THE GAME GOT VERY SLOW IN THE PINK PLACE, DON'T KEEP PLAYING IT, I REPEAT, DON'T! IT WAS A MISTAKE I DID 2 DAYS AGO AND
I DIDN'T NOTICE IT UNTIL SOMEONE TOLD ME BUT I FIXED IT
DOWNLOAD THIS UPDATED VERSION AND COPY THE LAST SAVE DATA THAT WAS SAVED IN THE FOLDER YOU PLAYED FROM BEFORE AND PASTE IT IN THE UPDATED VERSION'S NEW FOLDER
THIS WILL ONLY WORK IF YOU SAVED IT RIGHT WHEN IT GOT SLOW OR IF YOU HAVE A SAVE DATA YOU CREATED BEFORE THAT MESS I ACCIDENTALLY PUT ROFL. IF NOT, YOU WILL HAVE TO RESTART THE GAME ALL OVER AGAIN FROM THIS UPDATED VERSION.
I APOLOGIZE MY DUMBASS.

Here  is a little sneak peek of the lp :

So, After having beaten the game ~ I'm ready to leave a review!

First and foremost. The feel of this game is a lot like Alice in Wonderland... Things happen, and you have to let them happen otherwise you'll simply go insane overthinking everything! It's a good thing though, accompanied by the home-made musical score, it gives the game a very retro Alice feel! It's a unique story with awesome visuals in a fantastic world. The way every area is designed gives you a wonderfully distinct magical ambiance.

So... Want to play a unique and well thought out game with the same magical feeling of Alice? With darker, edgy tones? Look no further than this one right here!

There are two endings, and I won't spoil anything... I will say this though~ I got the Good Ending and it was amazing. I played the game from start to end, paying attention to all that I could to get the whole story.

LunaRolexLer made the game all by herself - The visuals, the musical score, everything. It was free when I got the game, but I refused to take it for free ~ So much work deserves something. A commenter earlier said that the game was too short, but I personally think it lasted a decent stretch of time... Maybe it was because I was taking my time.

The puzzles are interesting. Make sure you make good friends with your amazing floating-hat savepoint.

The characters are all interesting as well! It's a wonderful mix of serious story with comedy, that I think everyone should experience at least once. As someone who is currently in the process of writing a novel, I appreciate the development of the characters as well as their unique individuality. You judge Nawara for how she looks? You're in for a surprise, buddy! Come up with

Personal Rating! (Out of 5)

Nobody is exactly how they seem, just like the game itself. People you peg as a 'Bad guy' may not exactly be who you expect them to be, even if they have some pretty compelling arguments for that particular assumption.  Nawara herself goes through a fairly traumatic adventure, meeting people and things and shows some good development from the beginning to the end as well. Even characters you don't see throughout the game develop well, and that's saying something.

The story will always leave you wondering 'What's next' for the main character, as well as 'What are we going to meet next'. Magic, Lost and alone, with everything seemingly working against you. Nawara is flawed, but that makes her human. She may not always make the right choices, but if she did there would be no room for improvement! It's not a story where the main character is a saint of light and infallible. What matters is that she gets up and pushes on, even when things are going horribly wrong.

From the first time you step out of Monder's house looking for a magical flower, to the very last scene of the game. The visuals are what one might consider 'Magical'. The color schemes are well put together, each new area you travel to seems genuinely new and interesting to explore. True to the game's nature, not everything is what it seems!

The music was all created by LunaRolexLer, and what she created actually adds to the atmosphere extremely well. It gives a perfect vibe for the areas you come across as you explore the world she created.

This game's overall rating of five stars is definitely well earned. While it does have some pitfalls, it wasn't made by a group of people - it wasn't made by an Indie company doing Indie things, and it wasn't made by someone commissioning art and music from others. It was made over a long period of time with care and patience, the type that only someone who truly loves their Original Characters could have given it. And for that, it gets a great rating.

I teared up because I worked for so many years in this game and I am so happy someone accepted the game for what it is and didn't call Nawara bad things without even looking on what's behind her... thank you so much, I mentioned you in the update ( the develog ), you are so kind and dear to me, and thank you so much for your support!

there are more endin gs? lol  i'm trying to beat  him-forget his name-the lover-..it may be the end of the game and it's so hard :( any tips? tnx

yeah...i have to buy more potions..thank you and sorry for beeing so annoying ..i didn't find any walkthrough/lp anywhere >.< oh boy.. well i hope i can help other people with my lp :) have a great day... i love the graphics and the story is so amazing and can't wait to find out how it ends :) tnx

No you were not annoying at all, actually your comment made my day, I worked hard on it, thank you so much you amazing person <3 tell me which ending you get

I joined this website so I could leave a review on this game which took deviantART's attention the past couple of days, the game was for free, but the price isn't neither too cheap or too expensive (5 USD), so it's well priced for a game like this.

Coming from such a young developer who begun this game since the were 11? if I'm not wrong, this is an amazing piece.

The soundtrack was composed entirely by her and she has never had anything to do with music her whole life (This is what you get told at the beginning), the only thing here is that it  needs some work because it's a little bit too short, but it's not that bad as the developer thinks, the best track, which I think we all can agree, is the one that plays once you get into the boss fight with Kellin.

This game's gender isn't really just one: it's like a mix between comedy, drama and action. which  is what makes it more unique.

I love the close bond between Nawara and her magician father ( I  forgot his name already rofl).  It makes me wish I could hug my dad just one more time because he passed away a few years ago, so this game clearly shows how much a parent cares about you, even though they aren't biological, right?

The graphics in the game are very cool too, they are what caught me into getting this game at first.

I got the " bad " (?) Ending at first as an accident, I think it's called "The revenge ending" but I don't remember good enough, then I remembered how I got it so I re-loaded an old save file and got the good ending, which is really beautiful, and my eyes cried out a little.

This game is really emotional, and I hope it gets as far as possible.

Finally someone who didn't call Nawara a anorexic bitch ( She isn't that thin, it's just my artstyle.) and appreciates my game for what it is and considered my age.

Thank you so much, you don't know how touching your comment was. <3 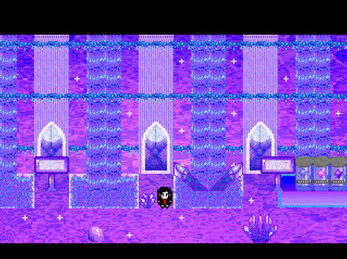 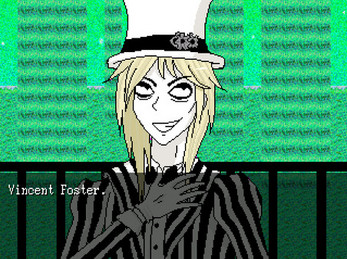 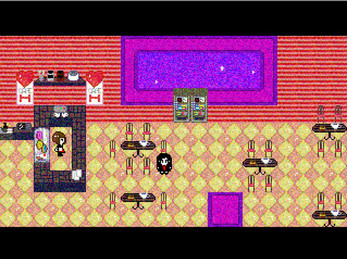 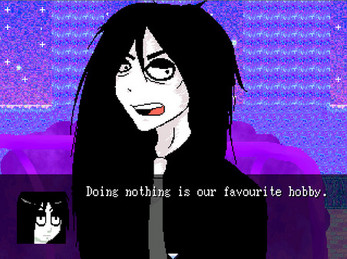 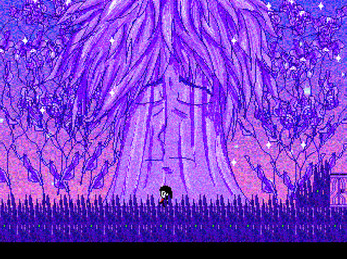